Chamber Was Operated With Zyklon B

Building of a Delousing Facility

A 100 % ORIGINAL document from the former labor exchange in Recklinghausen to the "Hibernia" mining company. The Hiberna mining company was located in the German Ruhr area. Exactly next to the mine was the forced labor camp "General Blumenthal" . The camp was occupied by Russian, Polish, Italian, French, Belgian and Netherland slave workers, but also by Jews from surrounding concentration camps. The slave workers had to work for the Hibernia mine. Camp Blumenthal was guarded by the SS and liberated in 1945. As in all other concentration camps, Typhus disease was spreading and delousing chambers must have been built. This document is about an application by the Hibernia mining company for building such a delousing chamber in camp General Blumenthal. The document is an original stationery of the labor exchange Recklinghausen and the text reads:

to the Hibernia mining company

matter: construction project: installation of a delousing facility as well as a washkitchen for the foreign laborer in camp General Blumenthal in the former metalworking facility

reference: your building application and your letter from 27.11.1942

The text on the backside reads:

Original letter to the General Blumenthal construction site for your note. Release is requested for the 27.11.1942. The decision is still pending. Therefore it can not be started with the construction work. 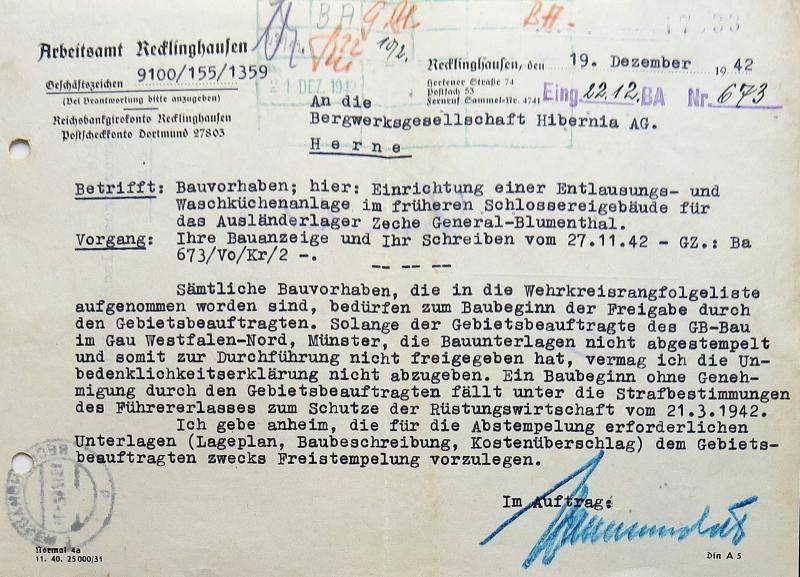 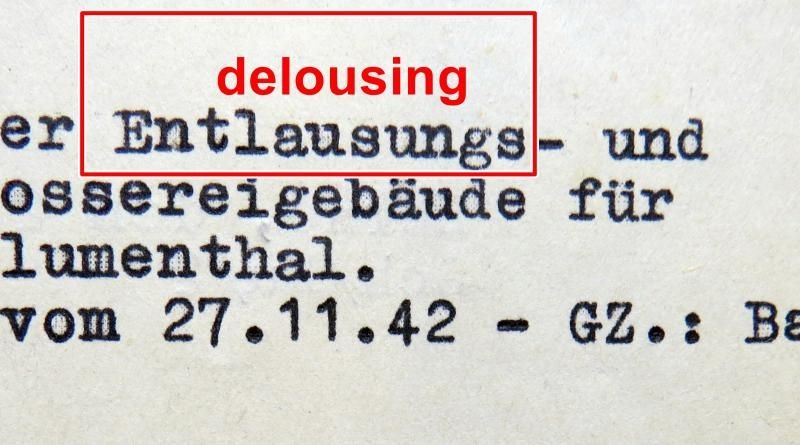 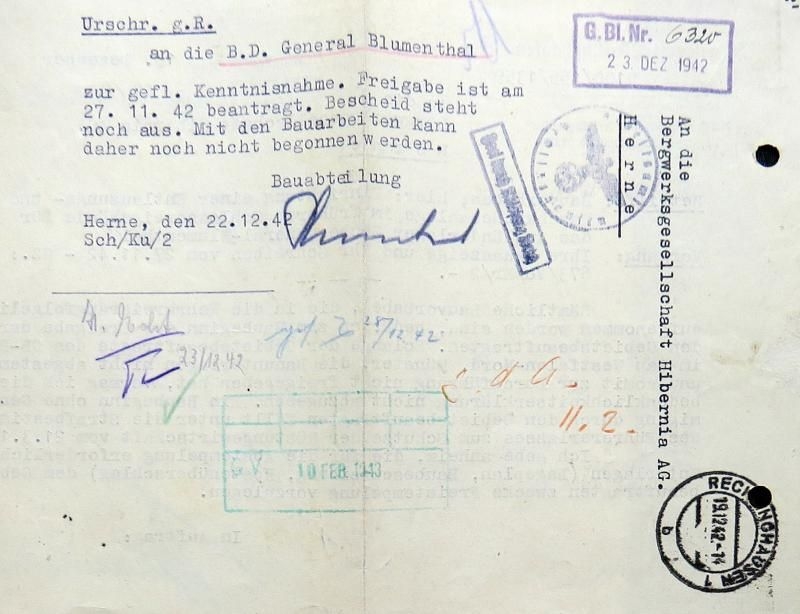 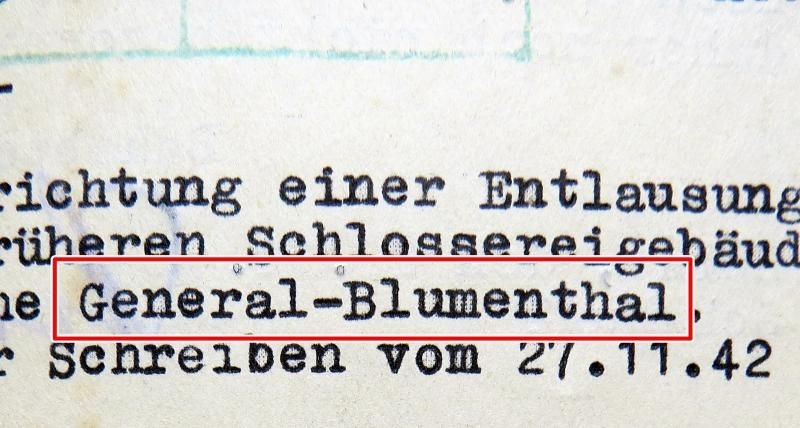